The early settlers found it necessary to build forts to protect themselves from attacks by the hostile Indians. These were buildings that the settlers could run to for protection, they had portholes for their guns.

One of these, Fort Gilchrist, was located about a mile west of Linglestown and is presently a home. 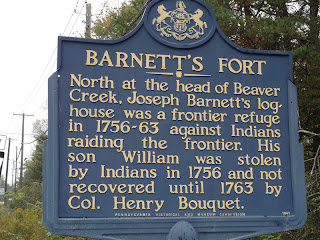 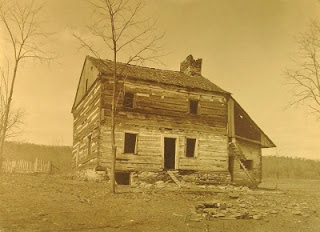 Patton's Fort was a stone fort. As many as 16 soldiers were stationed there during the French and Indian War. It was torn down around 1896. You will see this historical marker in front of the Metro Bank on Linglestown Rd. 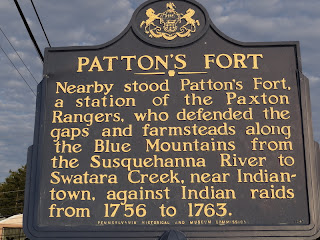 There were at least eleven more forts scattered throughout Paxton Township. They were: Forts Ott, Hunter, Berryhill, Macky, Stewart, Crawford, Robinson, Swatara, Weidman, Sugar and the Halfway House.
Posted by Unknown at 11:34 AM