The Church of God

In October, 1820, the Rev. John Weinbrenner, of Maryland, became German Reformed pastor of Harrisburg and affiliated congregations, of which Wenrich’s Church was one.  He continued to serve this congregation until April 1826. 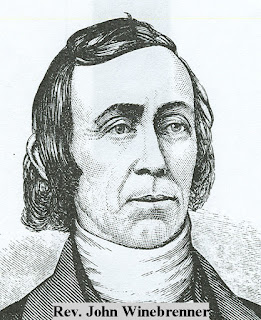 As a preacher he was zealous and earnest, but he did have his weaknesses.  He was known for being quite vain and self-centered. During the last two years of his ministry in the Harrisburg Charge, Mr. Weinbrenner began to drift away from the doctrines of the church. He introduced the mourner’s bench, a special seat for mourners and repentant sinners in the front of the church, and feetwashing, both of which were noticed and disliked by those who were well grounded in the religion.  But it was when he rejected Infant Baptism and preached against it that the congregation took action against what they say as a major departure from the standards of the Church.   An election was held in the month of March 1826 to decide whether Mr. Weinbrenner should be allowed to continue as Pastor.  The vote came out against Weinbrenner by one vote.  After the election, Mr. Weinbrenner, while walking out from the church through the graveyard, was heard saying in German: “This Wenrich's Church wants to destroy, and if not let me preach in the houses, so I'm preaching on the street.”  Weinbrenner preached his farewell sermon in April 1826.  80 members followed him from the congregation. After this he preached in the schoolhouses and private houses in the neighborhoods.

Soon, feeling a need for a formal house of worship, Weinbrenner's followers entered into a land contract with Simon Lingle, Executor of the Estate of Thomas Lingle. The plot of land at the west end of Linglestown was 60 feet wide and 200 feet long with Market St., now Linglestown Rd., to the South.  Construction began on a church building and was completed and dedicated on Christmas Day in 1827. 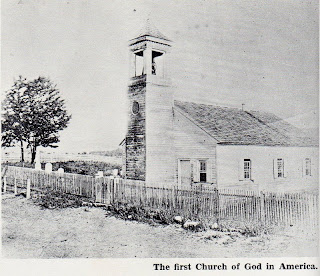 Rev. Weinbrenner continued to preach to these people, though he had not broken with the German Reformed Church by resignation or the surrendering of his Ordination papers.The church's council, known as the Synod, had a meeting in 1826 at Frederick, Maryland where they received charges of the disorderly conduct of the Reverend. Similar charges were brought before the Synod of York, PA. A committee was appointed to try the charges and Weinbrenner's connections with the German Reformed Church were severed.

He continued preaching in the Church at Linglestown and feeling that the church should have a name, chose the Bible name of The Church of God.  And so, on June 29, 1829, with the election of five Elders and three Deacons, the church was organized as The First Church Of God.

This church served as the place of worship until 1866 when, under the leadership of Rev. W.L. Jones, a new building was erected on the same plot of ground a few feet from where the old church stood. 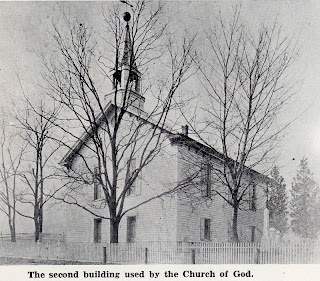 In the fall of 1904, shortly after being appointed paster, Rev. J.D. Clark noticed the need of a new house of worship. Rev Clark, who was an architect, submitted plans for a new building at a meeting of the church council. The council decided to build a new church, using Rev. Clark’s plans.
A plot of ground was purchased and they broke ground. The building was completed in1905 and cost $6,500. The building is now the location of the La Piazza of Linglestown restaurant on Linglestown Rd. 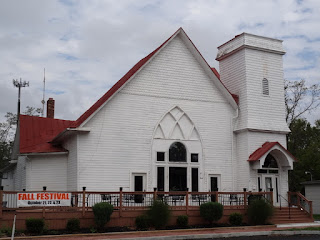 The present Linglestown Church of God was built in 1972 less than a mile from where the La Piazza of Linglestown restaurant currently stands. 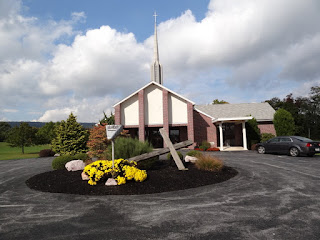 The stained glass at the front of the church, behind the altar, was taken from the third Church of God that is now the restaurant. 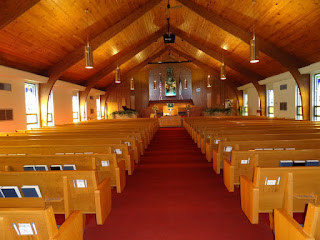 The Church of God cemetery is located east of the church. The earliest grave is dated 1801, the first church was built in 1827. The last grave was in 1961.

At least 20-25 stones are missing, mostly worn away by the elements. 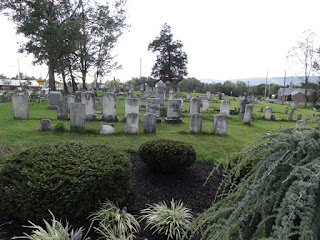 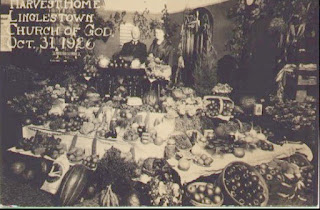